When new users enter the world of Kratom, they have many relevant questions about this plant and Kratom herbal products. They want to know how to take Kratom, where Kratom is legal, what kind of Kratom products there are and other related queries.

In this article, we will respond to two popular Kratom questions: (1) How many strains of Kratom there are and (2) how to make a difference between Kratom strains.

Overview of the three major varieties of Kratom

First off, the leaves of this tropical evergreen tree from the coffee family are usually dried in the sun and then ground into a fine powder and used for making different products such as powder, oil, tea, and edibles.

There are three major Kratom or Mitragyna speciosa veins and this classification was done according to the color of the stem and veins of the leaves:

The difference in color is related to the maturity of the plant and the time when Kratom leaves are harvested.

Compared to other varieties, White Vein Kratom has an intense tense and high potency so it’s not usually recommended for people who are only starting to learn and explore Kratom.

Green Vein Kratom is usually harvested a bit later phase of plant maturity than White Vein Kratom is. That’s why the color of the products from this variety is slightly darker.

After harvesting, the leaves are first dried indoors and then taken outside to complete the drying. This variety and its effects are slightly less potent than those of White Vein.

This variety of Kratom is considered to be the most popular and most widely available Kratom. Its leaves are harvested during the plant’s most mature phase. Then, they are dried using a lot of sunshine and UV lamps even.

When it comes to its potency, it is the most potent Kratom variety thanks to its most balanced alkaloid composition.

Now that we’ve covered the basic Kratom vein classification, let’s take a look at some of the most popular strains of Kratom and their differences.

Many varieties of Kratom are named after their source. Maeng Da was first grown in Thailand and thanks to the careful selection of plants and grafting, it is today considered to be one of the highest quality strains of Kratom. The Maeng Da varieties are classified as both red and white Kratom and because of their high levels of alkaloids and active flavonoids which creates a unique blend of the Red and White Vein Kratom characteristics.

Malay Kratom is one of the most sought after strains of Kratom right after Maeng Da. It’s sometimes called Super Green Malay or Malaysian and has a unique moderate and desirable alkaloid content which makes it very popular.

There are Red and White Indo Kratom strains and White Vein Indo is considered to be the rarest Kratom strain in the world. Indo Kratom has an extremely high alkaloid content and because of its tough cell wall, it’s effects kick in more slowly.

Borneo Kratom can be White, Green or Red Vein and all three of them have lower performance than other strains of Kratom. However, thanks to their pleasant aroma, they have become quite popular among consumers.

Yellow Vein Kratom is named after a color that occurs as a result of blending two different Kratom strains.

Bentuangie is a variety of Red Vein Kratom that is fermented as part of the drying process.

It is said that the Red Vein Dragon Kratom is grown in only one plantation in the world. This and the fact that it has a very high alkaloid content makes it very difficult to find. Because of its composition, it is often compared to Red Vein Thai Kratom and caffeine.

As you can see, there is a huge number of Kratom strains and each one has a unique alkaloid composition with different performance, potency, and time effect. As always, we recommend testing and consuming Kratom responsibly until you find the vein and strain that works the best for you. And remember, always buy your Kratom products from a qualified vendor that is a part of the AKA Good Manufacturing Practice Standards Program.

There are so many more strains of Kratom out there. Have you tried products from any other Kratom strains that we haven’t included in the article? Leave a comment below! 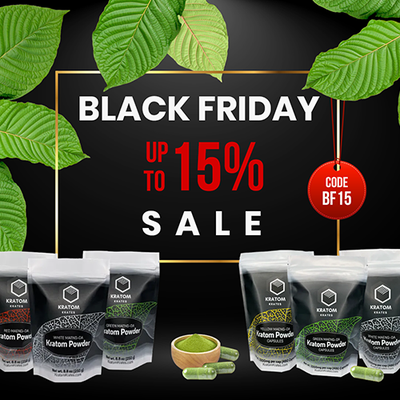 Join our mailing list to receive the latest news and updates from our team, as well as special offers!

Current Promotion - Use promo code Krates5 to get 5% off all orders.

You have Successfully Subscribed!